This large-scale print series represents a memorial record of the inflationary character of the American economy as depicted in the Wheel of Fortune television game show wheel designs. Each work represents an exact replica of the wheel design from each decade over the entire course of the show’s syndication.

The show launched the same year the artist was born and additionally serves as a self-portrait in it's mirroring the impact of financial cycles over the artist’s lifetime. Wheel of Fortune currently ranks as the longest-running televised game show ever with over 6,000 episodes aired in the United States as well as syndicated adaptations in 60 countries worldwide. 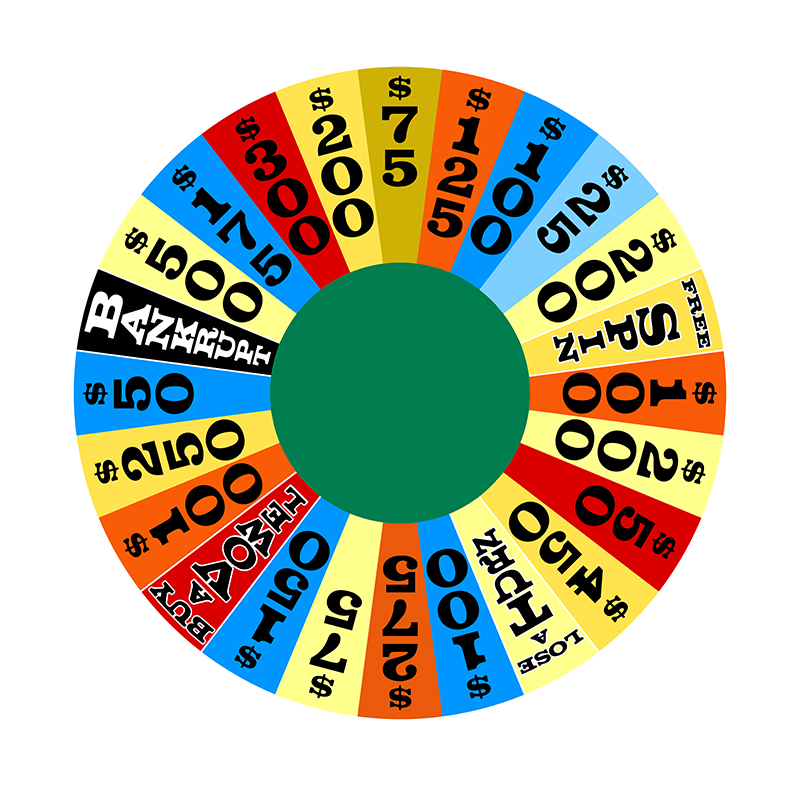 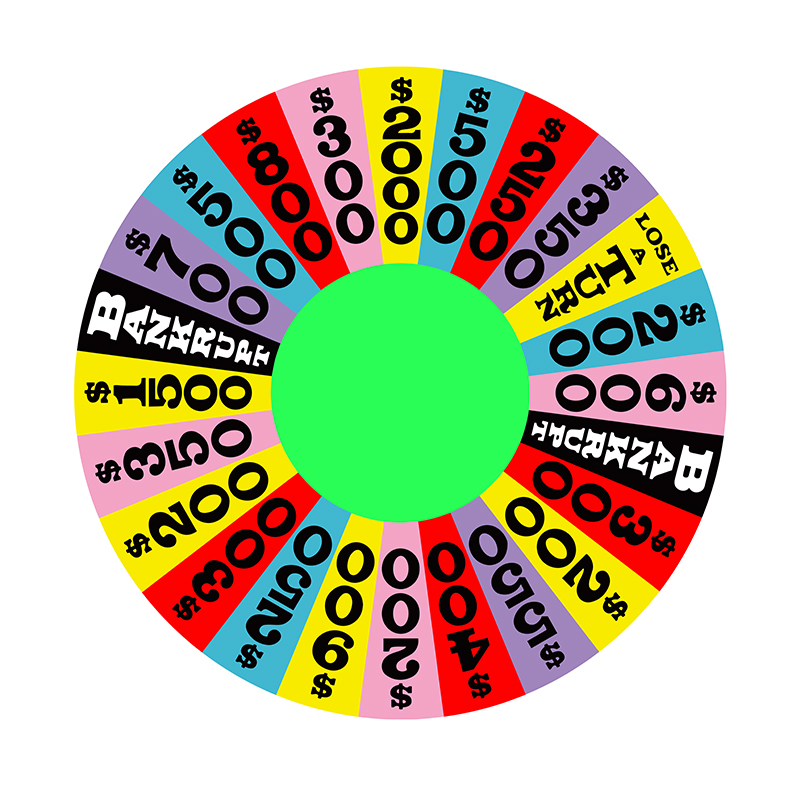 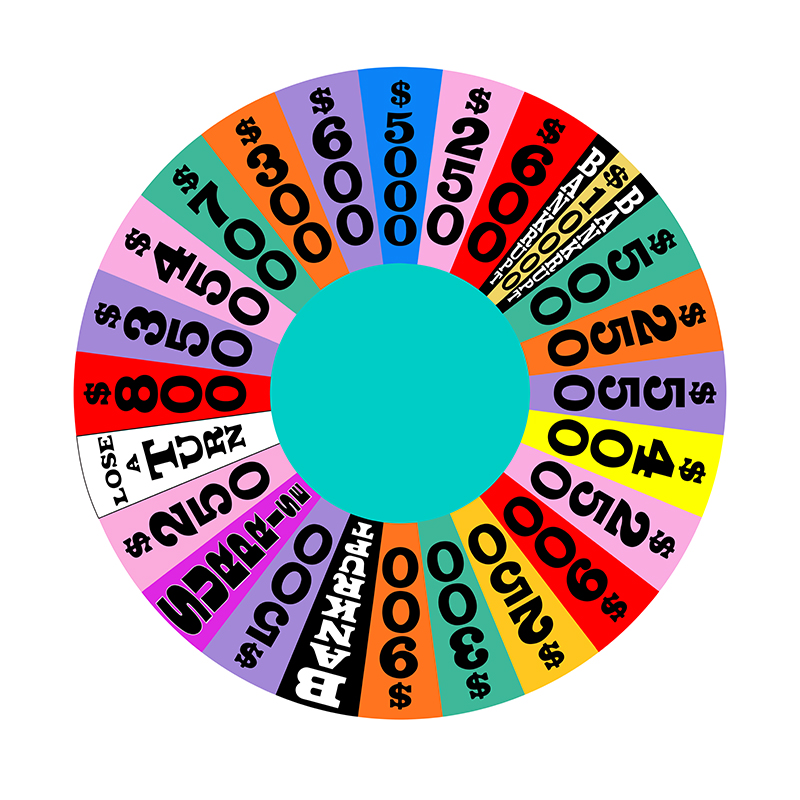 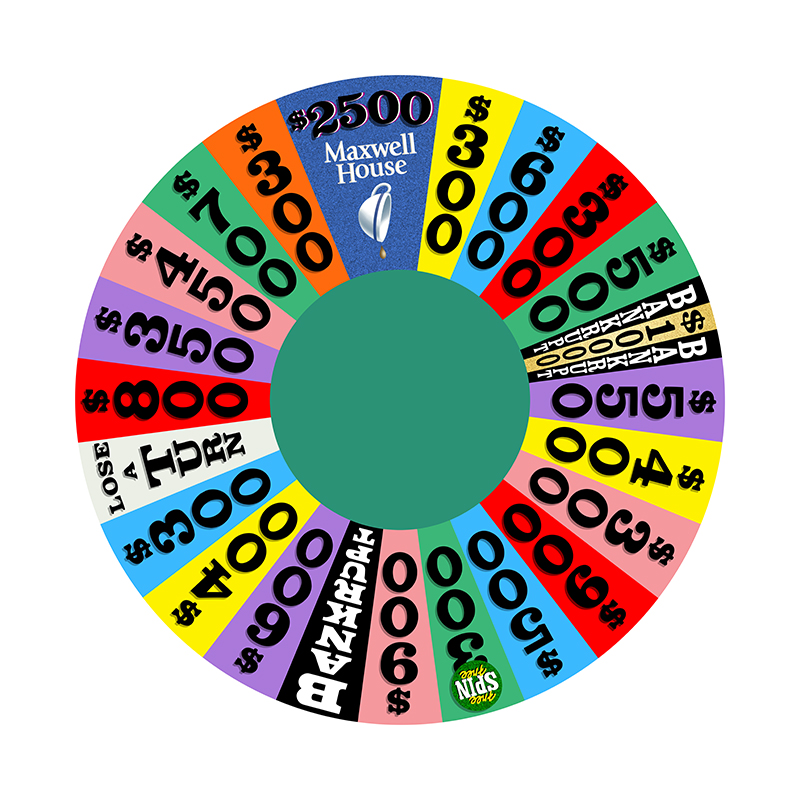 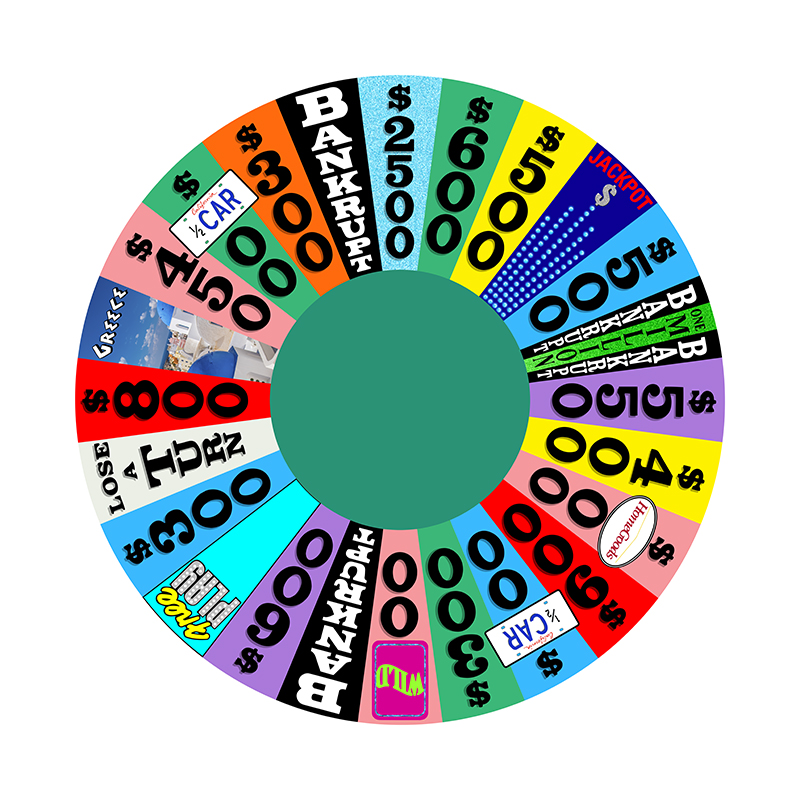 The idea of a communist transcendence of capitalism traversed most of the 20th Century, but more or less died in 1989 with the opening of the Berlin Wall and the subsequent implosion of the Soviet Empire. In 1848 Karl Marx and Friedrich Engels ominously boasted of the spectre of communism haunting Europe. And in 1990 East German poet and playwright Heiner Müller responded to current events with a book of poems called A Spectre is Leaving Europe. Havens was a teenager living in the United States when the Cold War ended. Now, though, he is based in Berlin where he has recently produced his Wheel of Fortune work.

This large-scale print series recreates the past four decades of casino wheel designs from the popular television gameshow Wheel of Fortune. The work serves as a memorial record of the inflationary character of the American economy over the course of the show’s syndication and the years of the artist’s lifetime. The spectre of communism hasn’t entirely left East Berlin and certainly fascinates the artist. Implicit in the series, is the demise of communism and the assumption that capitalist hegemony, to use a term associated with Italian Marxist philosopher Antonio Gramsci, now has few serious challengers.

In Havens’ work capitalism presents itself as a natural order and Fortuna re-appears in the form of continuous booms and busts. And on the individual level, the well-established notion of going from rags-to-riches through hard work and initiative has been displaced by the idea of making your fortune with the help of Fortuna. In this respect, Havens’ Wheel of Fortune series offers a resonant emblem of the present.

Cultural theorist Mark Fisher’s visionary book Capitalist Realism has the added sub-title Is There No Alternative? His writing has affinities with the art of Havens which encourages reflection on a difficult Fisher-type question: is there no alternative to Wheel of Fortune? Both Havens and Fisher are profoundly aware that much of what passes for leftwing commonsense is irrelevant. They want fresh ideas in a grim situation where it is easier to imagine the end of the world than the end of capitalism.

When Bertolt Brecht quit Nazi Germany in 1933, his years of exile included an extended period in Los Angeles, which is the city from which Havens himself originally hails. Los Angeles inspired a series of poems by Brecht called Hollywood Elegies. In the first elegy, he notes that in the town of Hollywood, heaven and hell are the same place  –  heaven for those who make it; and hell for those who don’t. Born later, he might have expressed similar sentiments in a poem about the current state of global affairs. In his Wheel of Fortune work Havens provides us with a timely and powerful experience of this reality – Fortuna’s wheel frozen in mid-spin for all to see and to consider clearly the implications it portends.

David Evans is a curator and critical writer on the subject of contemporary photography based in Berlin. Recent publications include Appropriation (2009), Critical Dictionary (2011) and The Art of Walking (2013). He is currently working on a new book about photo-appropriation in contemporary art.