This video work considers the diametrically opposed interpretations of the Hakenkreuz. This particular symbol has for 10,000 years represented a symbol of Shakti or the Divine Self in Asiatic cultures, while its perception in western cultures was co-opted by the Nazi propaganda machine less than 100 years ago.

The film encompasses the entire 11 minute cycle of a readymade LED display of the symbol manufactured in Vietnam as a domestic decorative object for the home. By raising the shutter plane speed of the camera setting during each pattern transition, the symbol slowly begins to flicker, disperse and eventually disappear. A suggestion of the malleability of meaning and a testament to the transformative capabilities of the camera apparatus itself. 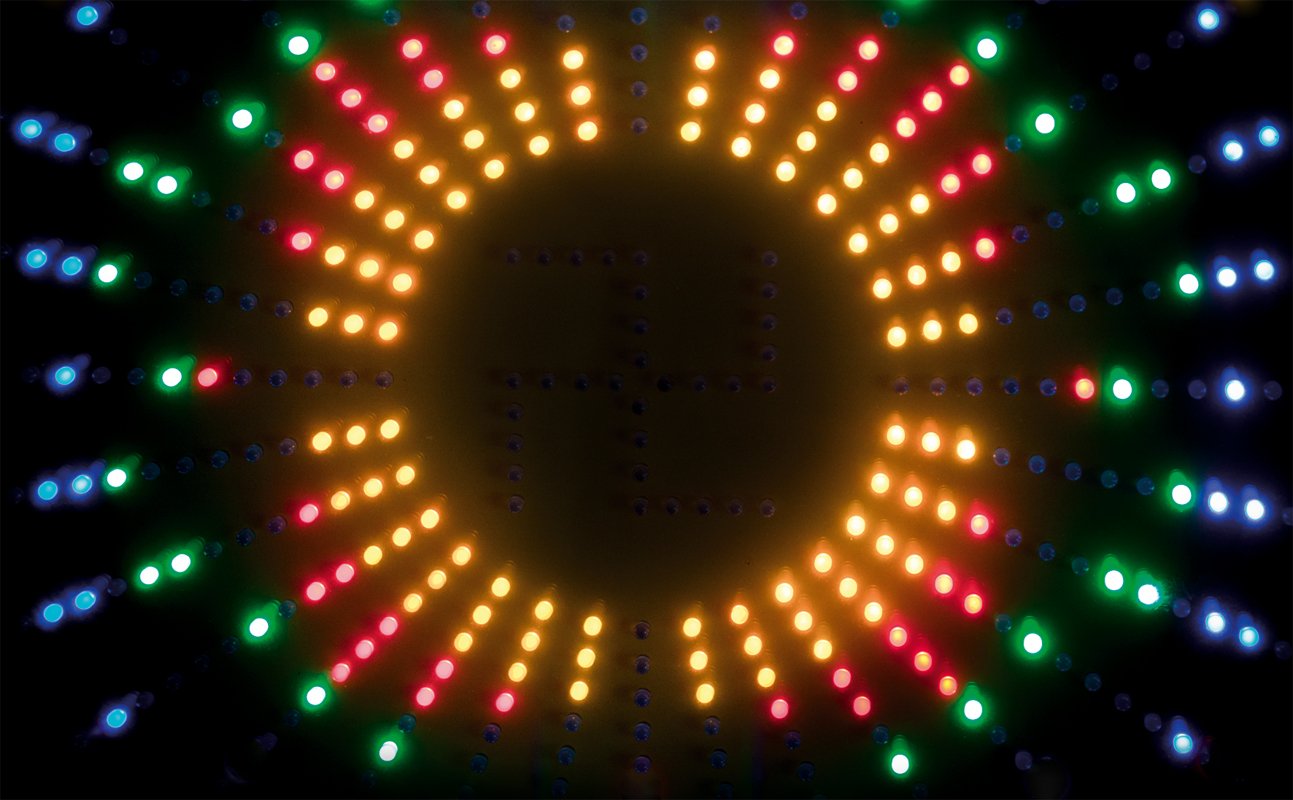