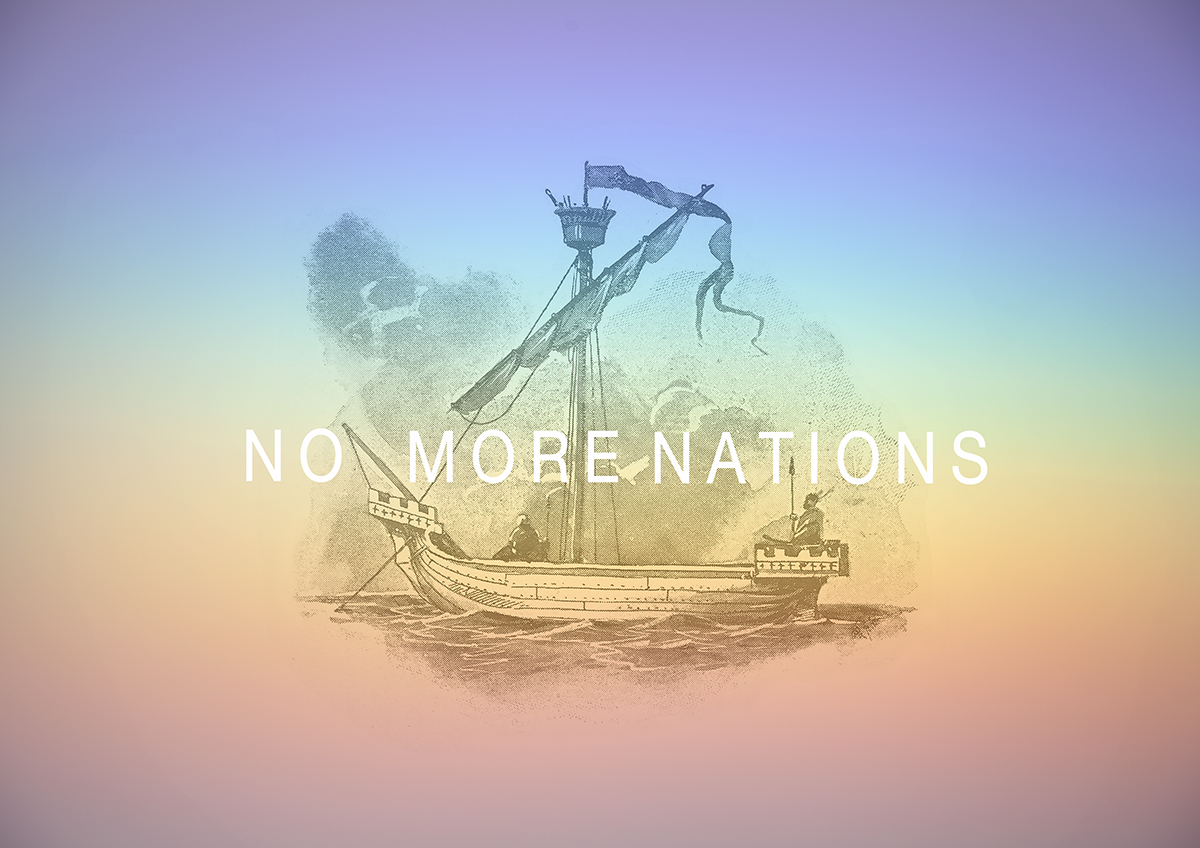 This mass media print action in public space co-opted advertising displays throughout the central and outlying regions of Bremen, Germany. This work was commissioned by the Weserburg Museum für moderne Kunst, Bremen, Germany in collaboration with the Zentrum für Künstlerpublikationen. The motto No More Nations references the current shift of influence over public space from the former structures of nation-states to the immaterial networks of private capital and global information networks.

This temporary signification project within public space took full advantage of buried histories and acted as a Countermonument to static commemorations of the past. It recognized the commodified nature of public space and sought to restore the public’s role and responsibility for actively participating outside of predetermined boundaries for identification by nation, state, color or creed.

The industries of mass media and specifically advertising employ highly effective strategies based on deep market research of the population and an effective understanding of the psychological profiles of the segments of the general population they wish to target. The intention of this artwork was to utilize this already existing architecture of public advertising to create an effective disruption of the narrative of segmented populations caught in a cyclical pattern of need and consumption.

Regarding the visual significance of the work and the images depicted in it, the images which combine to create the billboard print reference specific histories relevant to the old port city of Bremen as well as the globalized impact of the shipping and affiliated consumer supply chains affiliated with it in the present day. In order to facilitate a historical iconography for this narrative, the icon of the Cog ship was chosen from an 19th century technical etching of this style of ship. The etching clearly shows the captain sailing the ship from behind with his hand on the rudder with an African slave at the bow identifying the inherent injustice and inequality within our individual relations and our politics.

In addition to this etching, the representation of all visual spectral colors has been referenced in the background color field. This portion of the work is the result of a photograph composed by the artist depicting the full spectrum of white sunlight dispersed through a spectral prism. This element of the work is incorporated both as an observable scientific paradigm relating to the composition of sunlight and also as an iconic signifier of the implicit unity and interconnectedness of all humanity regardless of nationality, age, gender, sexual orientation, ethnicity, religion, or any other categorical separation.

These two seemingly divergent elements unite under the motto “No More Nations” which describes the currently shifting landscape of power over the global public space from the former bureaucracy of nation-states to the newly immaterial workings of non-transparent virtual international capital. Ultimately, however, individuals are the determining factor that possess the right and flexibility to cross national boundaries and inhabit the public space for no reason other than the greater good. Through their responses they determine the collective use of the public space which itself is a representation of the greater collective space of the planet.

As a thoroughly globalized contemporary culture, we face a sea of unforeseen perils and potential discoveries within and between ourselves. Our personal response to public space and one another will determine the temper and tenor of our collective experience. Ultimately, it is the sovereign individual who is the determining factor – possessing the ability and flexibility to dissolve boundaries of both public and private space through individual action. 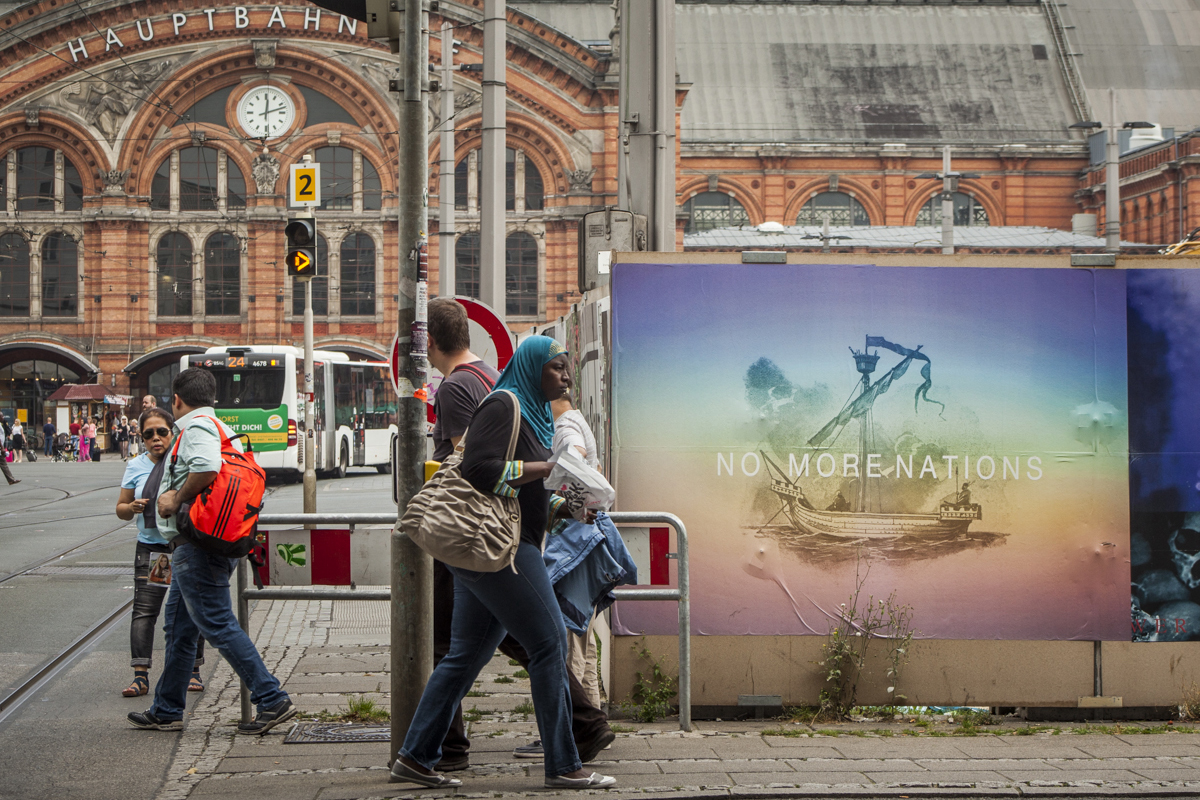 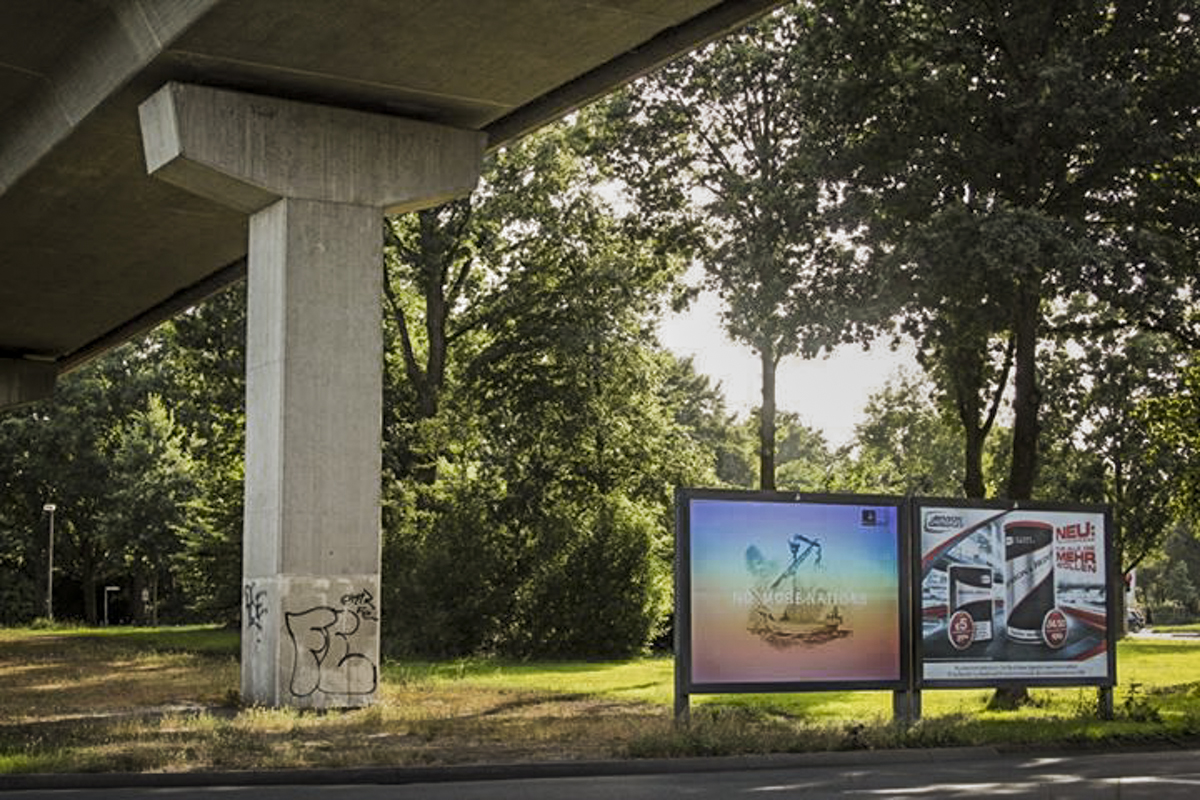